Sanders sailed into Fremantle at 10.17am on Sunday 13 March 1988, completing his triple circumnavigation of the world. The voyage took 658 days and he had travelled 70,000 nautical miles.

The yacht was dressed in the Bicentennial, Curtin University, RAC, Royal Perth Yacht Club and Australian flags. An estimated 350 craft and 130,000 people were on the sea and shore to greet Sanders.

WA Premier Peter Dowding presented a welcome speech and a parade was held in Sanders’ honour throughout Perth streets the following Thursday. This day of the parade was proclaimed ‘Jon Sanders Day’ by the local newspapers and the State government gave all WA school children the day off school.

After all the calms and fickle winds, after all the tempestuous gales – frightening sometimes – after clearing mighty Capes – more than once – after crossing a lot of oceans more than once, after hundreds and hundreds and hundreds of days at sea – 658 in all – you can imagine my moment, you can imagine my hour, when I stood on the cockpit ladder step and looked forward as I have done so often before and there dead ahead of the yacht was the Rottnest Island Lighthouse. Home, once more.

More recently, Sanders completed his 10th circumnavigation of the world. His mostly solo ‘Swan Song’ voyage was completed at a leisurely pace, departing on Sunday 16 October 2016 and returning on Sunday 11 February 2018.

Jon Sanders on his yacht with Curtin University teddy bear

Sanders took a teddy bear dressed in Curtin University graduation attire and a Curtin flag on his journey. He came to the JCPML to present these to University Librarian Catherine Clark.

Sanders placing the teddy bear into an archive box.

The teddy bear will be added to the Library’s archive.

On the third and final leg of his triple circumnavigation of the world, Sanders journeyed around the Horn, across the Equator and into the Indian Ocean. On Guy Fawkes Day, 5 November, dieseline leaked into the bilge and Sanders had to pump diesel out of the starboard tank to a buck and dump it into the sea. By this time also, Sanders’ videocassette recorder had stopped working and he could no longer view the videos he had taken with him on the voyage. On 28 December the cabin stove stopped making gas and poured out fiery liquid kerosene which filled the cabin with black smoke and stained the roof beams.

During this third leg, Sanders experienced a flare up of a chest complaint called pleurodynia, which is exacerbated by damp and cold conditions. This caused Sanders intense pain in the right side of his rib cage. Indeed, Sanders was plagued by ongoing problems with dampness in the cabin. He had an almost non-stop job of scrubbing mould from the inside of the yacht. To keep his voice box exercised, Sanders spoke his thoughts aloud each day. He kept up regular leg and toe stretching exercises, as well as exercising his stomach muscles. He maintained his general fitness by running on the spot.

Sadly, Sanders’ mother passed away at age 80 on 17 December 1987. As the HF (long distance) radio was not working, his family were unable to notify him of her death until 9 March 1988, a few days before the end of the voyage.

Sanders was originally scheduled to arrive at King George Sound, off Albany, to reprovision then complete his journey to Sydney for the Bicentennial celebrations. However, in keeping with the wishes of Parry Corporation, Curtin University, the Australian Bicentennial Authority and the WA public, the finish line was moved to Fremantle. Captain Roy Marsh from the naval patrol ship HMAS Geraldton met with Sanders just prior to his arrival to outline plans for the welcoming festivities. (Source Project Endeavour) 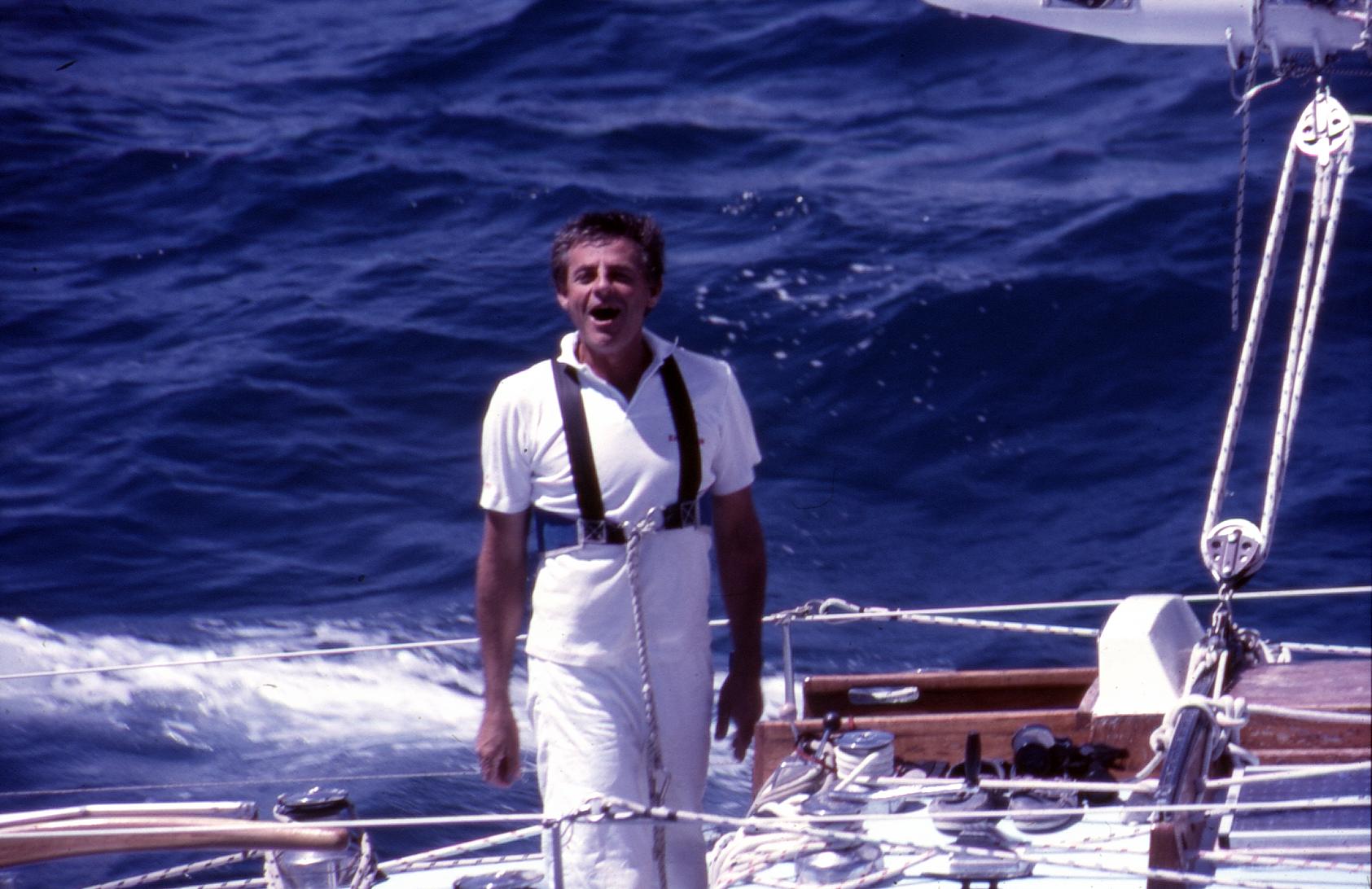 Follow for daily 'updates' on Jon Sanders' triple circumnavigation of the world May 1986 - March 1988, with original logbook information, photos and videos.