Greenwich Mean Time (GMT), the name for mean solar time of the longitude (0°) of the Royal Greenwich Observatory in England. The meridian at this longitude is called the prime meridian or Greenwich meridian.

Greenwich Mean Time was used for clearly designating epoch by avoiding confusing references to local time systems (zones). In accord with astronomical tradition, astronomers had always used Greenwich Mean Astronomical Time (GMAT)—the same as GMT but with the day beginning at noon. In 1925 GMT was adopted by astronomers so that the astronomical day began at midnight, the same time as the civil day. Some confusion in terminology resulted, though, and in 1928 the International Astronomical Union changed the designation of the standard time of the Greenwich meridian to Universal Time, which remains in general use in a modified form as Coordinated Universal Time (UTC). The term GMT is still used for some purposes—e.g., navigation in English-speaking countries. (Source Encyclopaedia Britannica)

Curtin University contributed a flag and teddy bear mascot for Jon Sanders’ 10th circumnavigation. We hope they bring good luck to the voyage! 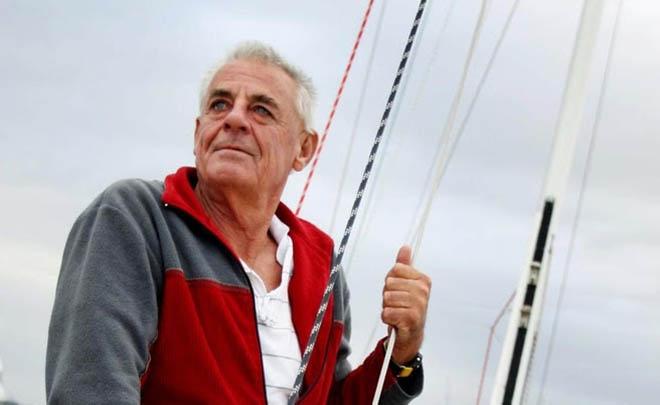 “This just something I’ve enjoyed. Yet after three times around non-stop and unassisted, I guess it would have been a great thing to simply arrive anyway, without the kind of reception that I got. I really didn’t expect and it is something I could never forget.” 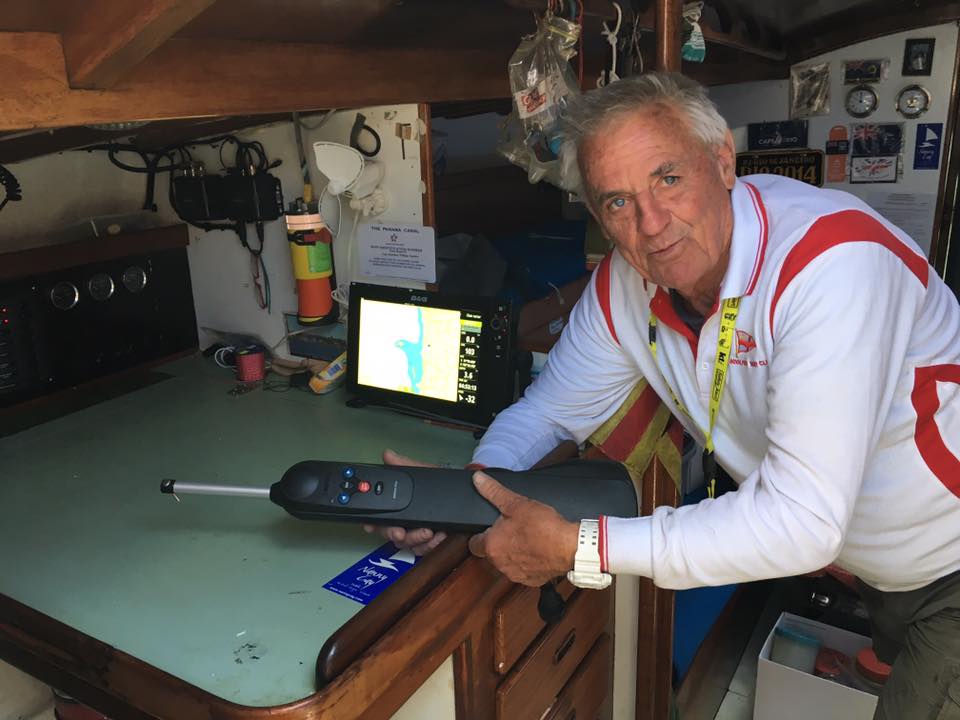 Check out these great photos with Curtin University’s bear mascot and Jon Sanders! Best of luck on your 10th circumnavigation of the world. 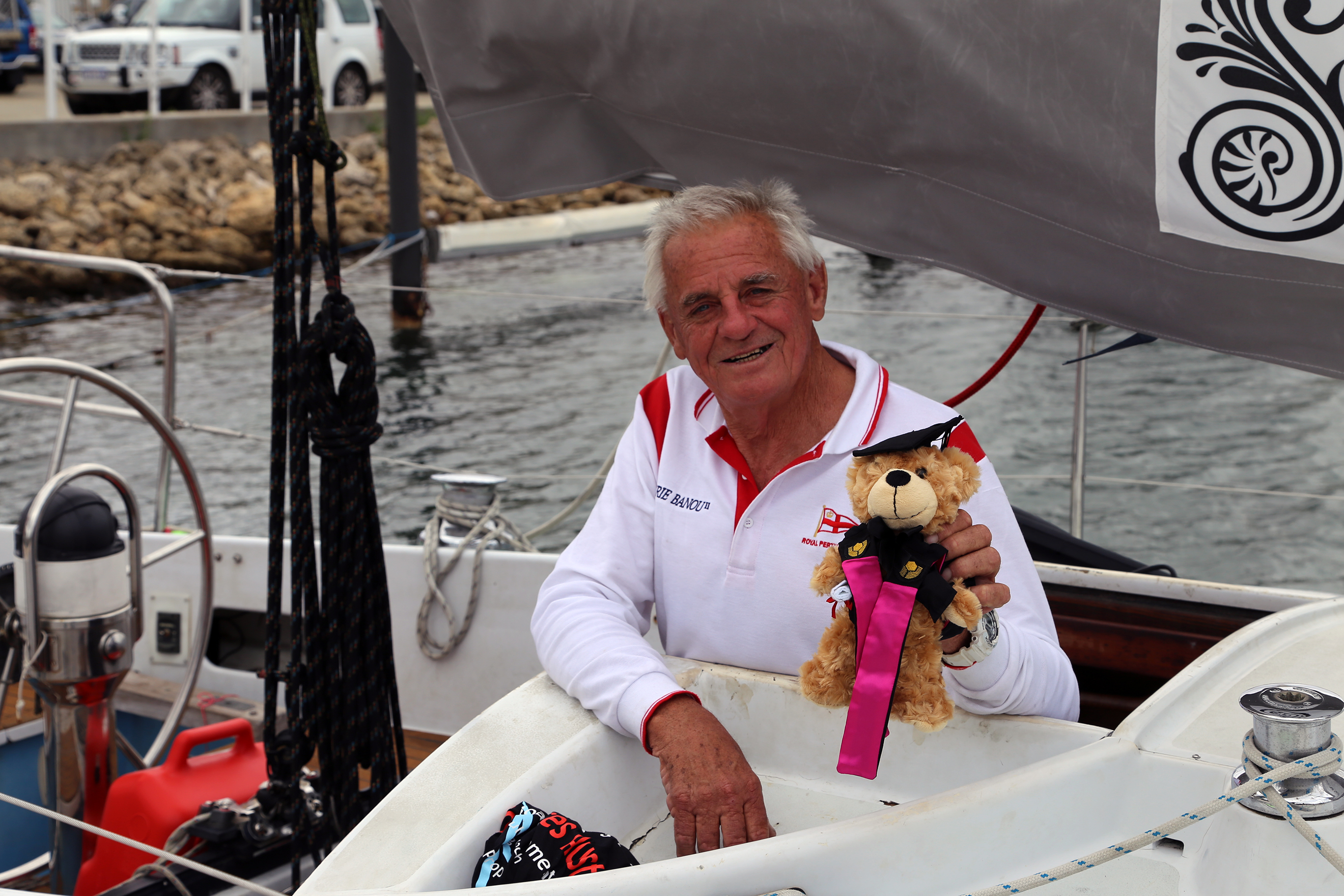 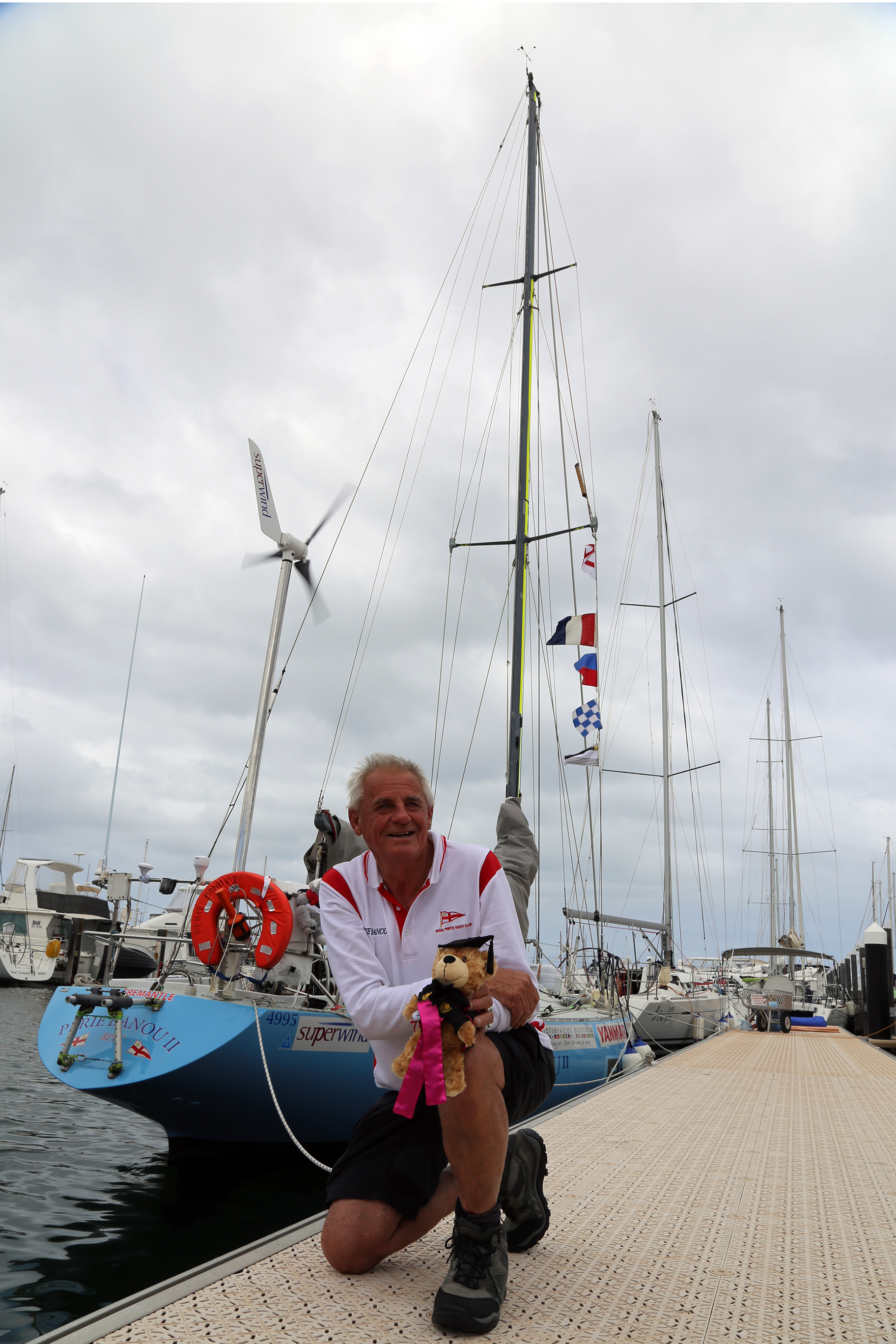 Check out this great video from Channel 9 News about Jon Sanders’ 10th circumnavigation.