What is Project Endeavour?

The Project Endeavour team managed the preparation program and voyage for the solo, non-stop, triple circumnavigation of the world undertaken by Jon Sanders from 25 May 1986 to 13 March 1988. Funded by the Parry Corporation and endorsed as an Australian Bicentennial Activity, Project Endeavour was managed by a committee formed under Curtin University’s Centre for Marine Science and Technology. See here for more information.

A key aim of Project Endeavour was to draw international attention to the pioneering role of Captain James Cook in ocean navigation and science by completing the scientific research Cook began and by emulating his navigational achievements.

This goal led to the endorsement of Jon Sanders’ voyage as an official Australian Bicentenary Activity.

Founded in 1985, the Centre for Marine Science and Technology (CMST) comprises a multi-skilled group of scientists and engineers committed to the development of technical ocean-related skills in Australia. The Centre has earned a reputation as a high-quality marine technology research and development facility responsive to industry and government needs.

Who is John Penrose, and how was he involved in Project Endeavour?

Emeritus Professor John Penrose was the Director of Curtin University’s Centre for Marine Science and Technology at the time of Sanders’ voyage. He was in charge of the scientific package carried on the Parry Endeavour and part of the Project Endeavour Management Committee, with responsibility for overseeing the vessel refit and budgeting. He was in regular contact with Jon throughout the voyage and monitored the progress of the Parry Endeavour using the Argos satellite position global network. 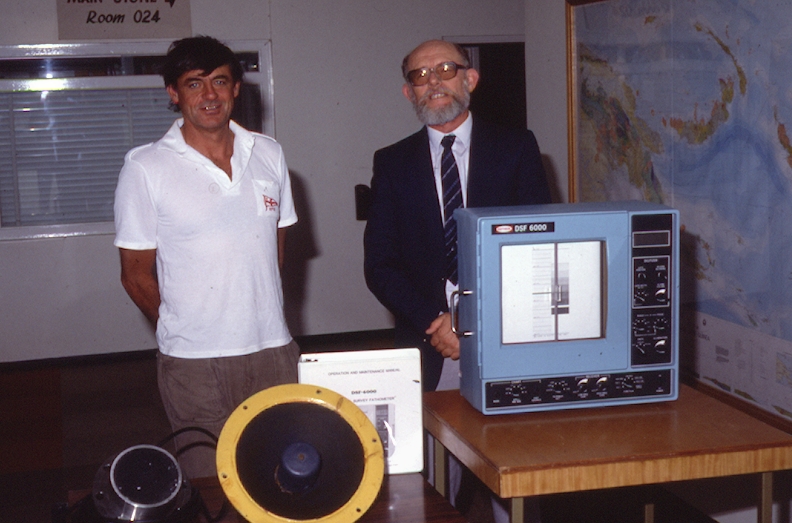 Who was Kevin Parry, and how was he involved in Project Endeavour?

Kevin Parry was a WA businessman and owner of Parry Corporation who sponsored Jon Sanders’ voyage. Parry bought the yacht Challenger and financed the project for approximately $600,000. He was the head of the Kookaburra syndicate which won the right to defend the America’s Cup in Fremantle in 1987.

Parry first met Sanders in the early 1980s at a time when Sanders needed a sponsor for his single-handed double circumnavigation of the world on the Perie Banou. Sanders owned a block of land at the top of the Darling Range in Armadale valued at $15,000. He proposed that if Parry bought the land for $12,000 he would display any logo of Parry’s choosing on the Perie Banou and name Parry Corporation as the major sponsor for the journey. Parry responded that he would buy the block for $16,000 if his company got something out of it and Sanders completed the trip he would return the block to Sanders. The Perie Banou incorporated the name Halls Head into its logo, Halls Head being the name of the residential complex Parry Corporation built in Mandurah. Kevin Parry died in November 2010. 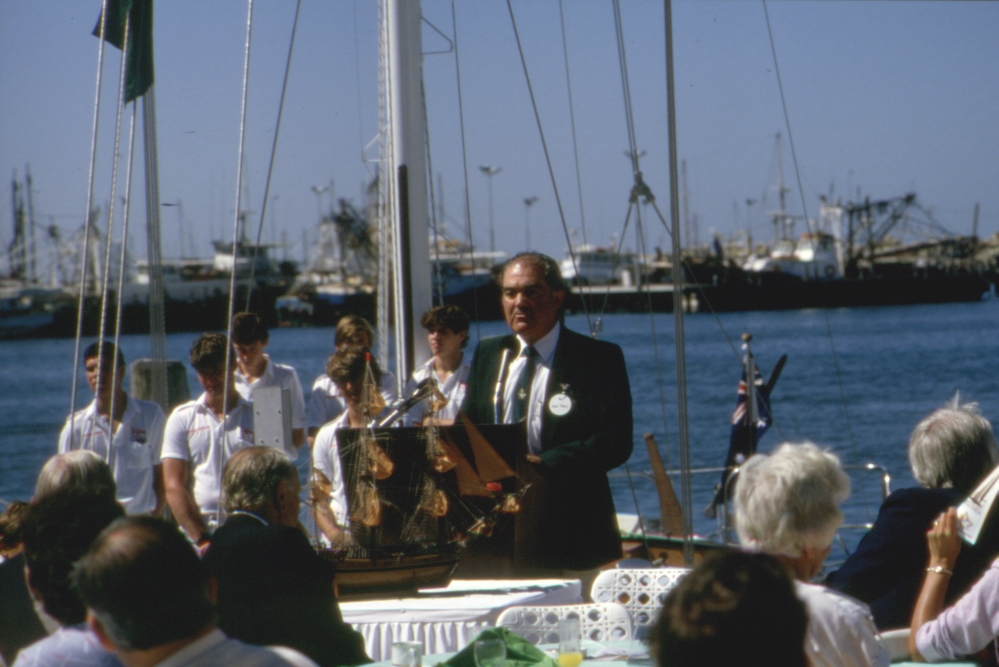 Why was Sanders’ yacht called Parry Endeavour, and what happened to it after his voyage?

Challenger, a 14m foam sandwich construction sloop, was purchased by Kevin Parry for the voyage. Designed by WA naval architect Phil Curran in 1978, Challenger was built by Perth contactors for Dr Jim Chute who sailed her in the 1979 Parmelia Race from Plymouth to Fremantle in commemoration of WA’s 150th anniversary.

The WA Maritime Museum holds a number of items related to Jon Sanders’ journey, including his yacht Parry Endeavour and Ted, a blue teddy bear belonging to John Penrose’s son that accompanied Sanders on his voyage.

What scientific experiments were conducted during the voyage?

A central and unique feature of the Parry Endeavour’s journey was that the yacht carried an ocean science package to enable scientific measurements to be made during the two years of the voyage. The equipment was designed to be reliable, safe and easy for Jon Sanders to use.

The research undertaken related to the objectives of the voyages made by Captain James Cook from 1768. A key aim of the Parry Endeavour’s journey was to complete the scientific research initiated by Cook and to emulate his navigational achievements. Consequently, Sanders’ triple circumnavigation of the world was recognised as an official Australian Bicentenary Activity by the Australian Bicentennial Authority. For more information see here.

Why sail solo three times around the world?

How did the voyage begin?

The journey began when Sanders left the Royal Perth Yacht Club aboard the Perie Banou and accompanied by a fleet of 200 yachts and power boats, sailed to Fremantle Harbour where he transferred to the Parry Endeavour. The day was stormy with a 25 to 35 knot north-westerly throughout the morning.

The honorary timekeeper for the launch was Sir Charles Court. Kevin Parry, aboard the power cruiser Sutherland, fired the gun to start the journey. On board the Parry Endeavour were three and a half tonnes of food, water and fuel. In the cabin, Sanders had a picture of his homecoming in 1982 aboard the Perie Banou following his double circumnavigation of the world and a good luck card from his old school, Christ Church Grammar. Also aboard the yacht was Ted, a 15cm blue bear belonging to John Penrose’s son and the first stuffed bear in the world to sail around the world three times.

On the morning of the launch, the Federal Member for Fremantle, John Dawkins, presented Sanders with a jar of biscuits on behalf of the Prime Minister, Bob Hawke. Dawkins asked that when Sanders finished the biscuits, he cast the jar into the sea with a message. On day fourteen of his journey, Sanders tossed the biscuit jar with a message inside into the Indian Ocean. To date the jar has not reappeared.